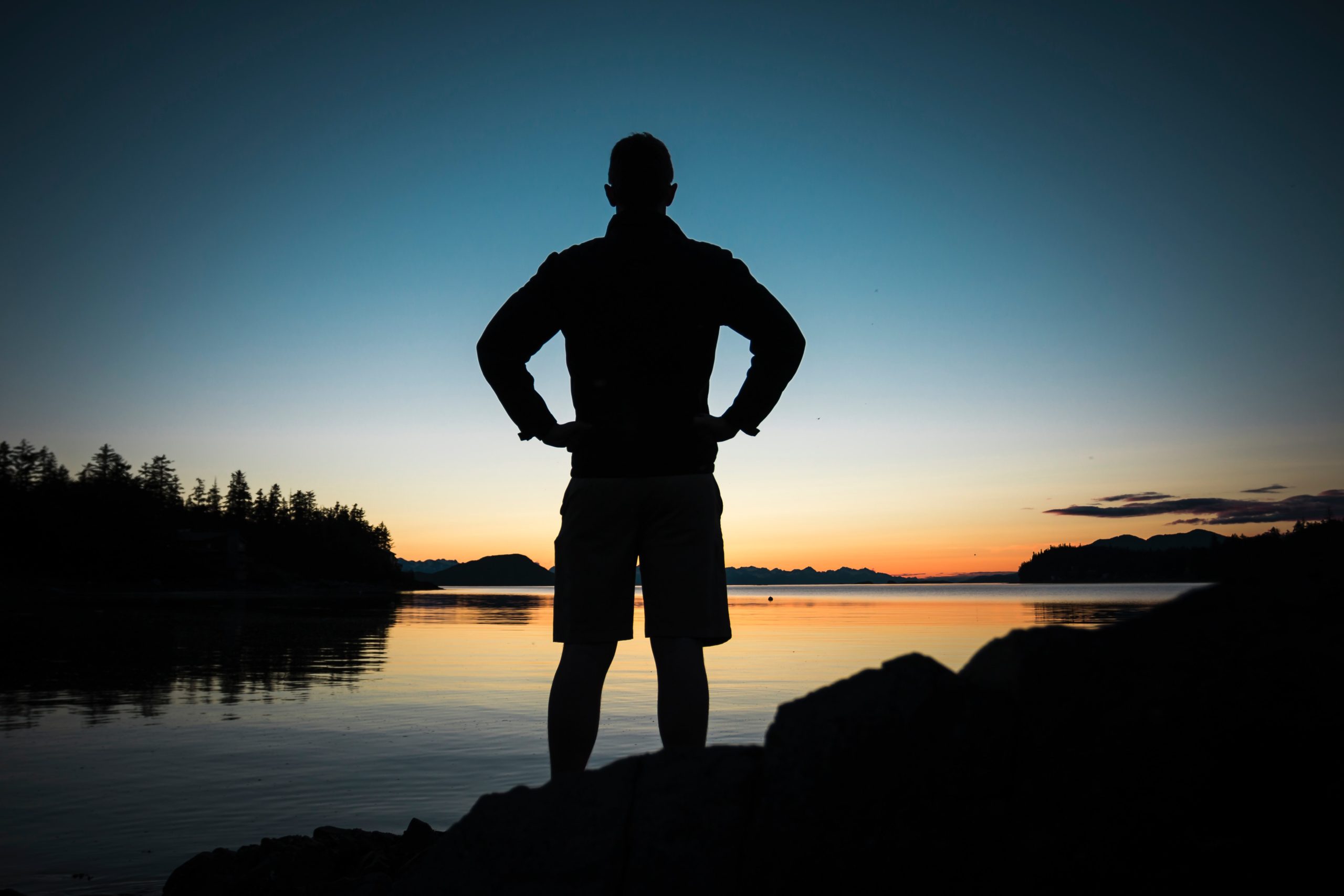 The myth of the heroic entrepreneur

Transformation is something we can undergo, as in a good character arc, or a butterfly emerging from its cocoon. Transformation is also the art of creating something new; matter can never be created or destroyed. Everything comes from something else.

Marx believed the urge to create – which he called species-being – was the essence of human nature, what differentiates us from animals.

In Ancient Greece they created art; temples, poetry, epics, philosophy, rituals, and mythology. Well, it wasn’t some sort of socialist paradise – they had slaves. My point is that the ancients created beauty, while we now mass produce… junk.

Under capitalism, our self-expression and self-actualization, the realization of our finest  human capacities and creativity is supposed to be achieved through starting a business. The vast majority of creation (or, work) is done within a monetized system, for profit – usually the mass production of products that don’t serve the common good or are even bad for us. There is a “cult of the entrepreneur”. “Anyone can start a business,” they say, and this is what makes our society “free”.

What a limited sense of freedom!

And a false one at that.

The vast majority of people can’t start a business. Why? Almost 40% of small businesses closed during the Covid-19 pandemic – their market share gobbled up by corporate giants and chains. How are we supposed to compete with Wal-Mart or Amazon? How can we start a business if we’re already in debt from college or a mortgage? Even if we had the savings, why should we risk it when 50% of businesses fail within five years?

Despite its apparent absurdity, the entrepreneurial myth is one that sticks. It’s also a bit of a rich kid fantasy – but it’s polluted the public imagination.

Jung says that there are archetypes in the collective unconscious that express themselves in every society. Entrepreneurs have awarded themselves the role of the hero archetype. They are heroic by virtue of “creating new technologies” (taking public research and commercializing it for private profit), employing people (exploitation), “solving problems” (by creating new ones), or simply by virtue of being wealthy and successful. Politicians are also considered heroic and in a sense deified, even when they’re vilified. Why? They’re supposed to serve the public. They’re not demigods; though most of them consider themselves above the law.

Of course, entrepreneurs are the heroes of their own myths, as projected in the media they own. As long as a large enough percentage of the population believes that Elon Musk, Jeff Bezos, or Bill Gates are heroic figures, successful because of some genius or superior talent that earns them the right to their obscene riches and positions of power, and capable of solving humanity’s problems, I suppose it’s easy for them to maintain this illusion as well. They make themselves gods through their near total control of the media.

The cult of the entrepreneur is seeded in us so that we believe we can start businesses and get rich, too. This is so we identify with the robber barons of the capitalist class instead of despising them as we should.

Look for the glorification of entrepreneurship on TV shows. I’ve seen it in just about every show I’ve watched recently: Fleabag, Grace and Frankie, The Santa Clarita Diet, Bojack Horseman. The main characters in these series all start their own businesses – or at least try – often in some sort of heroic, transformational moment. This is how one is supposed to make their mark on the world, achieve independence and empowerment.

Not all small business owners are bad people, though being in a position of power over others can certainly corrupt the soul as they lose regard for the needs and humanity of their workers, looking at the bottom line. It’s ironic that part of the romanticism of starting a business is in not having a boss or having to work for someone else. It’s taken for granted that we hate working for a boss, so we instead seek to become the boss.

More hierarchical institutions won’t solve our problems. This entrepreneurial fantasy obscures exploitation behind the “American dream” that you can be an oppressor instead of one of the oppressed, and that this will somehow liberate you.

Wealthy businessmen may be intelligent, or hard-working, but what usually makes them successful is not that they’re brilliant or good at creating things. They’re successful because they were born into money. From a position of power and wealth, it’s much easier to invest in new ventures, especially if you’re ruthless. If they weren’t, they wouldn’t be successful. If you don’t exploit, you won’t be “competitive” and you won’t make a profit.

The myth of the heroic entrepreneur also feeds the glorification of productivity. Successful people are hard-working, we’re told. So many of us have internalized the notion that being busy for its own sake is good. That it determines our worth, even if we’re not doing something we enjoy.

But when we look back at our lives and measure our success, will we be upset that we never became the oppressor? Will we regret that we didn’t work hard enough for the boss?

No, what we seek in the heroic entrepreneur myth is a lost sense of power and control over our lives. The dream of creating something new in our community, or with our friends. The realization of an idea. Creative self-expression. We don’t need to control others or the world, but control our own lives. Entrepreneurial fantasy obscures how much we’ve been disempowered by capitalism, how much it controls our desires, our opinions, our self-esteem, and our very ability to survive.

With the American dream clearly fading, capitalist cheerleaders are trying desperately to keep this myth of heroic self-actualization through business ownership on life support. Portraying billionaires as geniuses and saviors, the media fawns over them and indulges their infantile fantasies of colonizing Mars or owning moon mines, while the world burns around them.

What a thoroughly deluded society.

So the dream of capitalism is finally starting to crumble. Most people, especially youths, no longer see a future for themselves. They’ve been traumatized by their own nascent experience in a sick society that doesn’t value them because they have no money. The only care billionaires have for youth is if they’re trafficked by the likes of Ghislaine Maxwell. None of them have been held accountable. The likes of Bill Gates maintain their celebrated hero status.

When most of us are asked what we would do if we were rich, we usually say something like travel, art, or helping others – not scheme for more wealth and power. We want a comfortable existence and the free time to pursue happiness within a community; that’s all most of us really want.

Most of us will never be rich or famous. That’s okay. That’s not what being human is about. It’s not about being better than others, that’s just another way of isolating ourselves. If we’re to go by Marx, being human is about creation. According to some religious beliefs, it’s virtue. Both are fine; much better than domination, or wealth for the sake of it.

Marx said that creation was the hallmark of humankind, whether it be cave paintings, tools, language, food, music, art, buildings, trains, systems, or myths. He said that we’re alienated from our labor, and therefore our human nature, because we have no control over what or how we create, because the means of production are owned by the ruling class.

As if being alienated from our physical labor wasn’t enough, capitalism and its mass media has destroyed culture by commodifying that, too. Culture is no longer a collective, social process but too often something we passively consume.

Public space has been privatized, and these screens they’ve given us in exchange for human interaction, for ostensibly getting to know each other and create together, are isolating and barren.

Our economic precarity keeps us working too many hours in unfulfilling jobs, while those who don’t have jobs are made to feel worthless. Our job title is the determinant of our belonging and our status in a society, rather than our relationships, which have broken down.

The bosses aren’t truly in control of what they’re producing, either. They may control the company, but the company is controlled by “the market”. Even bosses are alienated from their natural propensity to create. They play God, but they’re really just more cogs in the machine. Of course, this is heresy to them, because in their eyes they’re Olympians, not Ozymandias. But if the billionaires are gods, why are they so insecure? Why do they always need more?

Even the rich are only human. On the other hand, if you’re poor, you can still create. You can create art and myths, organizations and institutions.

But why not create horizontal institutions, not hierarchical institutions? True creation belongs in the public realm. Solutions must be for the whole of society. Food, water, shelter, and energy must be accessible to all.

Create a different world, don’t waste your energy on this one; it’s in decay, let it go. Shed your illusions of wealth and power over, replace them with cooperative creation and love for your neighbor.