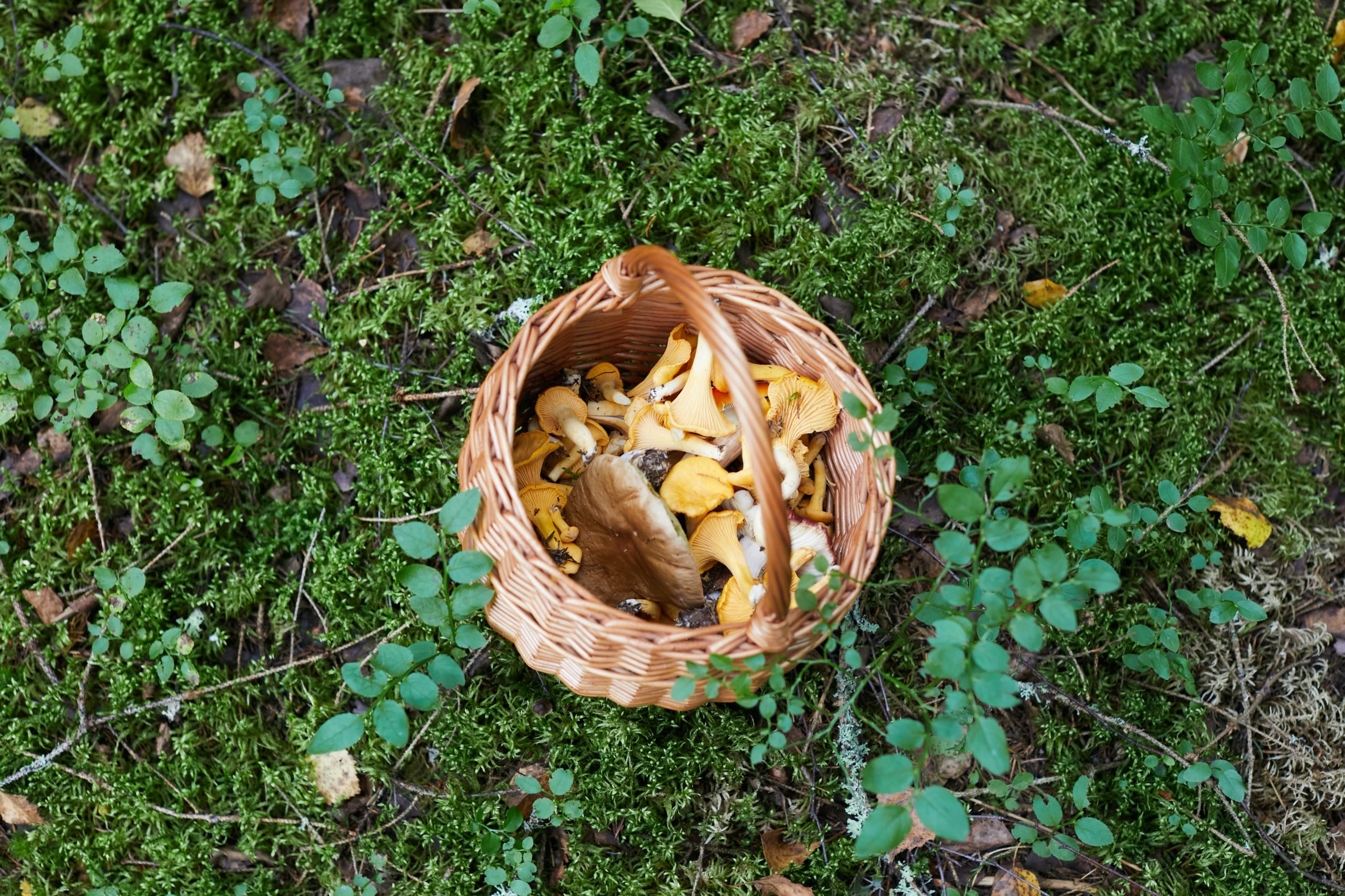 The benefits of magic mushrooms: the research on psilocybin & mental health 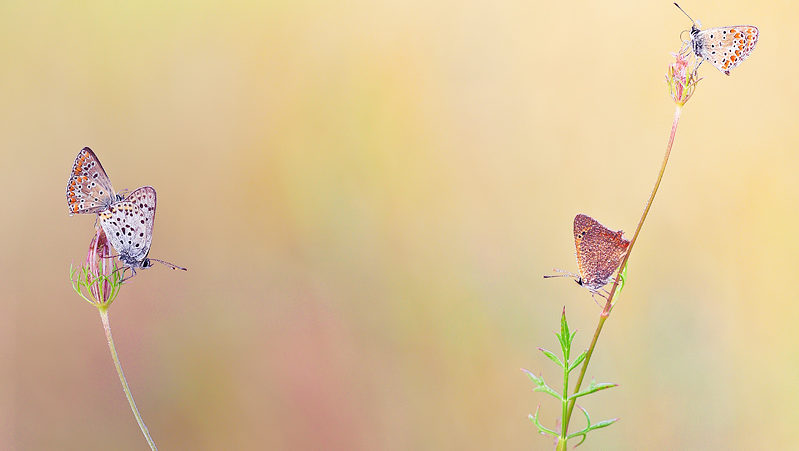 While sitting in the stairwell of my friend’s basement, I watched a photon come alive in a beam of light. When I closed my eyes, I saw God in the form of a pulsating star. This was my first experience on magic mushrooms.

As a teenager I refused to take my antidepressants on principle. I believed that my depression was trying to tell me something. I think this is often the case, that it signals a problem in your environment. Though resisting treatment risks prolonging depression – which is also bad for your health -there are alternatives to pills. In retrospect, I believe my experiences with magic mushrooms resolved my depression.

A recent study compared the efficacy of psilocybin (the active ingredient in magic mushrooms) against Lexapro, a typical SSRI, in treating depression. After six weeks of treatment, 57% of the patients who had taken psilocybin no longer met the criteria for depression, versus just 28% for the Lexapro group – suggesting that magic mushrooms may be twice as effective as traditional anti-depressants.

My teenage brain was onto something. Back then, getting your hands on mushrooms was a pretty underground thing. Fast-forward 20 years and psychedelics are a hot new trend, winning attention from the mainstream as a “miracle cure” for the our mental health epidoemic.

Research on the benefits of magic mushrooms

The first study to establish the value of magic mushrooms after limited research was reauthorized by the FDA in 1992 was carried out by Dr. Roland Griffiths at Johns Hopkins University in 2000. The results, published in 2006, paved the way for further psychedelic research.

The experiment was meant to assess the ability of psilocybin to induce mystical experiences. A high dose was administered to a small sample of healthy adults who regularly engaged in religious or spiritual practices, and two-thirds of the participants rated the experience among the five most meaningful experiences of their lives.

These findings were replicated in a 2011 follow up study, in which participants showed improved attitudes, mood, and social relationships after taking four doses of psilocybin in a supported environment. The benefits of magic mushrooms persisted in follow ups both two and 14 months later. 78% of participants said the psilocybin sessions were among the five most meaningful experiences of their lives, and 94% said the same in a follow up 14 months later. None of the volunteers reported negative consequences resulting from the experiences.

In this study, each participant received eight hours of preparation, and had four sessions with four different dosages of psilocybin. Researchers found that the most effective distribution of the doses was from lowest to highest dose (5, 10, 20, & 30mg/kg).

At the 14 month follow up, participants were asked to describe how the psilocybin experiences had impacted their lives. Here are some of their responses:

“I have a stronger desire for devotion, have increased yoga practice and prayer. I have better interaction with close friends and family and with acquaintances and strangers… I feel more certain of my career as an author. I need less food to make me full. My alcohol use has diminished dramatically… I consider myself to be better [at self-care] now than before the study…”

“I feel that I relate better in my marriage. There is more empathy – a greater understanding of people and understanding their difficulties and less judgment. Less judging of myself too.”

“I am more aware and accepting [of everyone]. I have a thousand ideas to write about and am making time and space in my life to accommodate them.”

Scientists (and more importantly, their funders) aren’t that interested in mystical experiences or benefits like creativity. Instead they’ve been in a dash to discover – and prove to regulators – the benefits of magic mushrooms in treating psychological disorders.

In a study of cancer patients published in 2016, those who took a high dose of psilocybin reported increased well-being and optimism, a higher quality of life, and lower depression and anxiety scores. Over 80% of patients continued to experience positive life changes at a six month follow up. Though in this study the patients didn’t receive therapy as a part of the experiment, they did talk about their lives beforehand and debrief their experiences afterwards with monitors. These findings have been replicated in other studies.

In a 2020study, 24 non-cancer patients with major depression received psychotherapy and two sessions of psilocybin. Four weeks later, 71% had a 50% or more reduction in their depression scores, and over half of participants were in complete remission.

In another study looking at the effects of psychedelics in non-clinical contexts, users reported being less depressed or suicidal after their trips.

An examination of existing data from a national survey also found that lifetime psychedelic use is negatively correlated with psychological distress and suicidal tendencies (though there was a positive correlation for other types of drug use).

Mushrooms may also be useful in alleviating OCD. In a small study, OCD symptoms were reduced by at least 25% in 90% of participants (and by more than 50% in 67% of participants). The study was limited as it only measured symptoms up to 24 hours after ingestion.

However in one case study, a man found his OCD symptoms were greatly alleviated for about three weeks after consuming two grams (a moderate dose) of mushrooms.

Scientists have tested this theory in mice, finding that psilocybin reduces compulsive behavior.

There’s little research so far on psilocybin and PTSD, but what we do know suggests that magic mushrooms could help people who have been traumatized to heal.

Preclinical studies on mice are one source of data. One study found that mice unlearn fear responses faster when given low doses of psilocybin, suggesting that they’re less triggered by negative memories.

A separate study looked at the impact of psilocybin on the connection between the amygdala (the area of the brain that processes fear), the visual cortex (which perceives threats in the environment), and the prefrontal cortex. Hyperconnectivity between the amygdala and visual cortex has been linked to an increase in perceived threats and anxiety, characteristic of people with PTSD.

“the amygdala may actually determine the affective meaning of visual percepts by its effects on sensory pathways — an effect which mainly occurs subconsciously and which may be greatly amplified in psychopathological conditions, such as anxiety disorders or depression. In this context, increased [amygdala] reactivity may lead to an increased attentional focus on negatively valenced environmental or social stimuli and thus effectively blocks out the processing of positive information.”

The researchers found that psilocybin reduces the amygdala’s connectivity with the visual cortex in response to threat-related stimuli. This means that after taking psilocybin, we may perceive our environments as less threatening, which could be an important mechanism for resolving PTSD.

Back from mice to men.

The Canadian Center for Mental Health Disparities has been doing important work researching the potential of psychedelics to heal racial trauma.

We commonly think about PTSD in terms of extreme, violent experiences like sexual assault or physical abuse. However Black, Indigenous and People of Colour (BIPOC) experience racism throughout their lives in overt or subtle forms. Everything from systemic discrimination to microaggressions and hate crimes, negative experiences based on racism have long-term impacts that may result in PTSD.

The study surveyed BIPOC in the US and Canada who had experienced racial trauma and recently taken psychedelics in non-clinical environments. The study concluded:

“Our lab has found that a single positive experience with a psychedelic drug can help reduce stress, depression, and anxiety symptoms in Black, Indigenous and People of Colour (BIPOC) whose encounters with racism have had lasting harm.”

This is one of the CMHD’s first studies on the subject, however it has many more in the pipeline, so if you’re interested in psychedelics and PTSD, and especially its intersections with racial trauma, watch their page.

Psilocybin also favors positive emotional processing, and this, coupled with its tendency to promote introspection and increase neural plasticity, could help patients form new understandings of traumatic experiences. New insights, emotional breakthroughs, and perceiving the world as less threatening all make psilocybin a likely candidate for the treatment of PTSD.

Anecdotal data support these theories, such as veterans taking matters into their own hands and reporting dramatic improvements in PTSD symptoms after taking magic mushrooms.

Psilocybin may be able to reduce dependency on drugs and alcohol. Studies from the 1950s on the subject are typically discarded by modern science since they don’t employ current methodologies, and limited research has been carried out in the past decade, but it’s promising.

An experiment with smokers was more promising. Participants took part in a 15 week course on quitting tobacco and received four weeks of cognitive behavioral therapy. Starting at week five, they had three separate psilocybin trips. Six months later, 80% of the subjects were completely abstinent from smoking.

These were pilot studies, so it’s possible further research will discover ways to improve their efficacy as a treatment here.

While the explosion in research is quite recent, the quantitative research produced just in the past few years into the uses of psilocybin is daunting. So it was refreshing to see that a group of researchers had taken a qualitative approach to what is ultimately a very subjective experience, using an interpretive phenomenological analysis. Meaning, they focused on how volunteers made sense of their own experiences. Thefindings may offer more insight into what it’s like to trip on psilocybin – as well as why it’s effective in relieving anxiety, depression, and PTSD and addiction – than neurobiological explanations. Here are some excerpts from the study:

“General themes found in all or nearly all transcripts included relational embeddedness, emotional range, the role of music as conveyor of experience, meaningful visual phenomena, wisdom lessons, revised life priorities, and a desire to repeat the psilocybin experience.

“Typical themes found in the majority of transcripts included the following: exalted feelings of joy, bliss, and love; embodiment; ineffability; alterations to identity; a movement from feelings of separateness to interconnectedness…

“Variant themes found in a minority of participant transcripts include lasting changes to sense of identity, synesthesia experiences, catharsis of powerful emotion, improved relationships after treatment, surrender or “letting go,” forgiveness, and a continued struggle to integrate experience.”

Researchers and other officials recommend taking psilocybin under professional supervision and in conjunction with therapy, though the benefits of magic mushrooms are often pronounced in its absence.

Other sources of direct experience can be found in Erowid vaults, going back to the early days of the internet. A recent account describing a four gram trip reads:

“I was seeing very interesting visuals on the walls and when I closed my eyes. My thought processes were becoming absolutely ridiculous and indescribable. I couldn’t help but find meaning in absolutely everything, as if my life were some divine narrative…

“I felt myself fading away. Everything sounded as if I was very far away. I was having a hard time understanding anyone because I could not hear them very well. As I began to drift away, I was expanding. I was feeling the ground underneath me, the car, the trees and the mountains in the distance. I had the strangest feeling like my head was blooming or exploding in directions I cannot communicate.

“But one of the most interesting sensations was of being in my friends minds. Not that I could read their thoughts or anything, but I felt as I was swimming around in their heads. It was very peaceful. I felt in communion.”