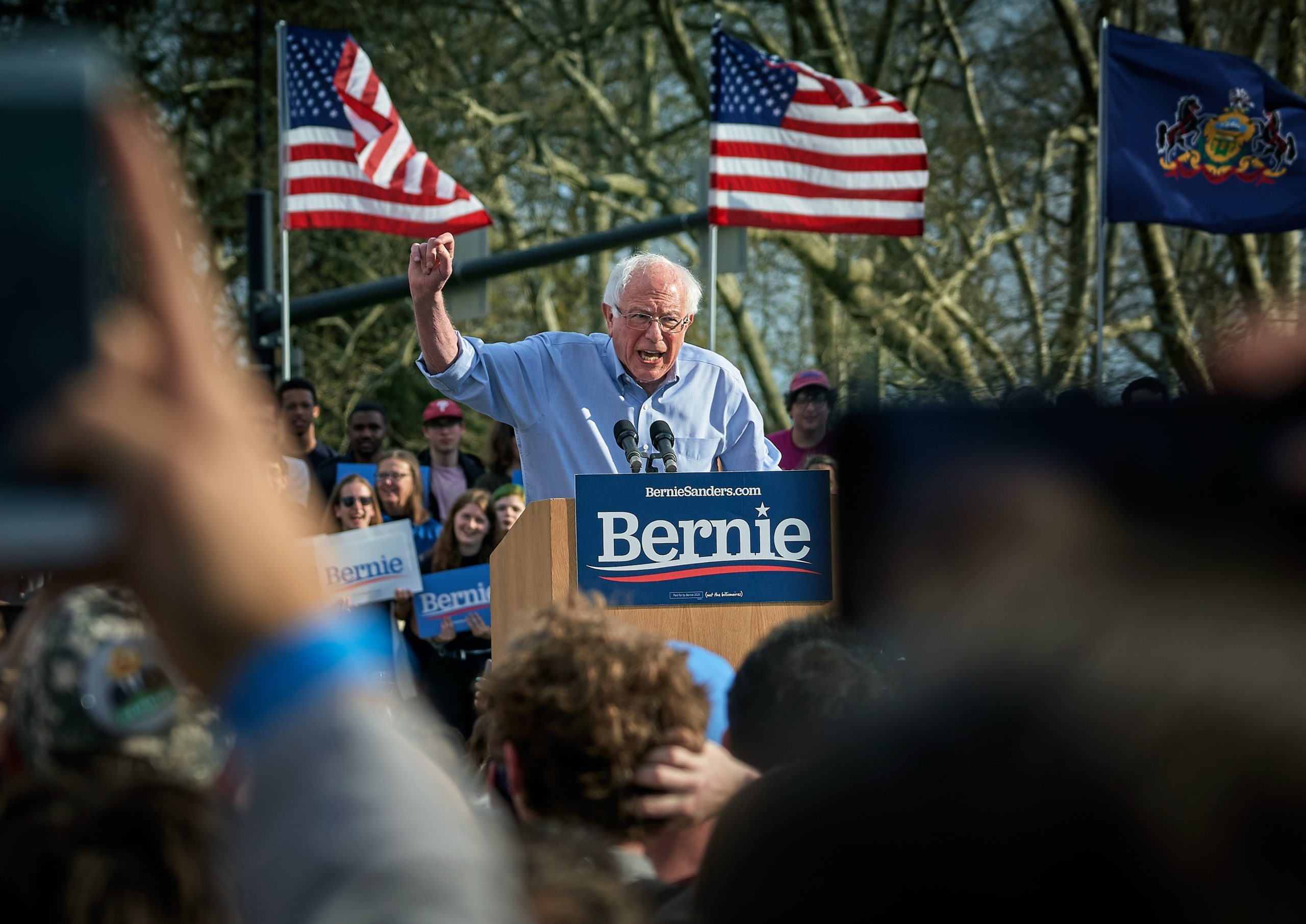 Why did Bernie lose the 2020 primaries?

In 2016, Bernie was not taken seriously by the powers that be.  The DNC saw him as an innocuous “sheepdog” who would round up the left fringes of the Democratic coalition and bring them home to Hillary, completely clueless as to how antithetical that assumption was.

In 2020, however, the DNC understood that Bernie was a threat to their donors, and they did everything possible to undermine him.  Unlike in 2016, in 2020 they executed a planned, coordinated, and methodical strategy against him.  This included not only reinstituting the media embargo against Bernie, but also gaming the polls–and, from the Iowa caucuses onward, openly gaming the election process itself.

This was all a given.  From Tom Perez’ coronation as DNC Chairman back in 2017, Bernie should have foreseen this happening.  He should have resigned from the Senate to run as the Green Party candidate in 2020.  The Greens would have given him the nomination in a heartbeat.  (He would have had to resign because, without the cover of the Democratic caucus, both the Democrats and the Republicans would have screwed his Vemont constituents out of spite.)

I don’t know why he didn’t do this. The most charitible explanation is that, having lost close relatives to the Holocaust, Bernie was personally offended and threatened by Trump’s racism. The tragic element in this is that he misunderstood and underestimated the racism of the Democratic party.

To expose this racism, we must first understand who the “Democratic Party” is. As Judge Andrew Napolitano said ( off the judicial record) in 2016:

The courts are not going to interfere with these rules any more than they would with the running of the NFL or the Moose Lodge.

The Democratic and Republican parties are private clubs.  And you’re not in them.  George Carlin stopped short of calling the clubs Nazis, but I won’t.  (See  here)  By not recognizing the Social Darwinist Nazism of both mainstream left and right, Bernie failed to address the true threat to the planet, just like Weimar Germany failed to realize the true threat.  Back then wasn’t Hitler so much as the donors who supported Hitler: the Prescott Bushes and Averell Harrimans [see Union Banking Corporation], the Henry Fords and the Woodrow Wilsons. Not to mention the crew below.

So it is today. Although some individuals, like Trump, Hitler, and Wilson might base their racism on personal hatred, the Republican and Democratic clubs both primarily base their racism on the pragmatic counsel of Jay Gould: “Hire one-half the working class to kill the other half.”

In case you haven’t yet figured it out, this means that under their current agreement, the Repubs hire the male-and-white half while the Dems hire the female-and-minority half.  Their primary purpose is not to be racist, but to use racism to divide the working class so they can enrich themselves.

Neither private club cares a rat’s ass about your sorry ass.  If you identify and vote as either a Democrat or a Republican and you’re not a billionaire, you’re like a mindless football fan. Except this isn’t just a game.  The future of the planet is at stake while you’re  getting drunk in the stands and shouting insults at the opposing team.

Unfortunately, I think Bernie convinced himself that the Democratic Club is actually against racism, and from this fatal error tragedy ensued.

In 2016, the Trans-Pacific Partnership and NAFTA were immensely unpopular. The outsourcing of jobs was killing “democratic” societies. Meanwhile, American military adventurism was killing third world countries, not to mention a few American sons and daughters and the domestic budget. Both Trump and Sanders ran against these policies.  Unlike Trump, though, Bernie identified “open borders” as the neoliberal policy of the Koch Brothers, so he came across as sincerely opposed to the the damage neoliberalism was causing. Unlike Trump, Bernie had actually voted against the Iraq War.  The voters understood these differences, with the result that in 2016 Sanders led poll after poll, until the Democratic club cheated him out of the nomination with super-rich-delegates. 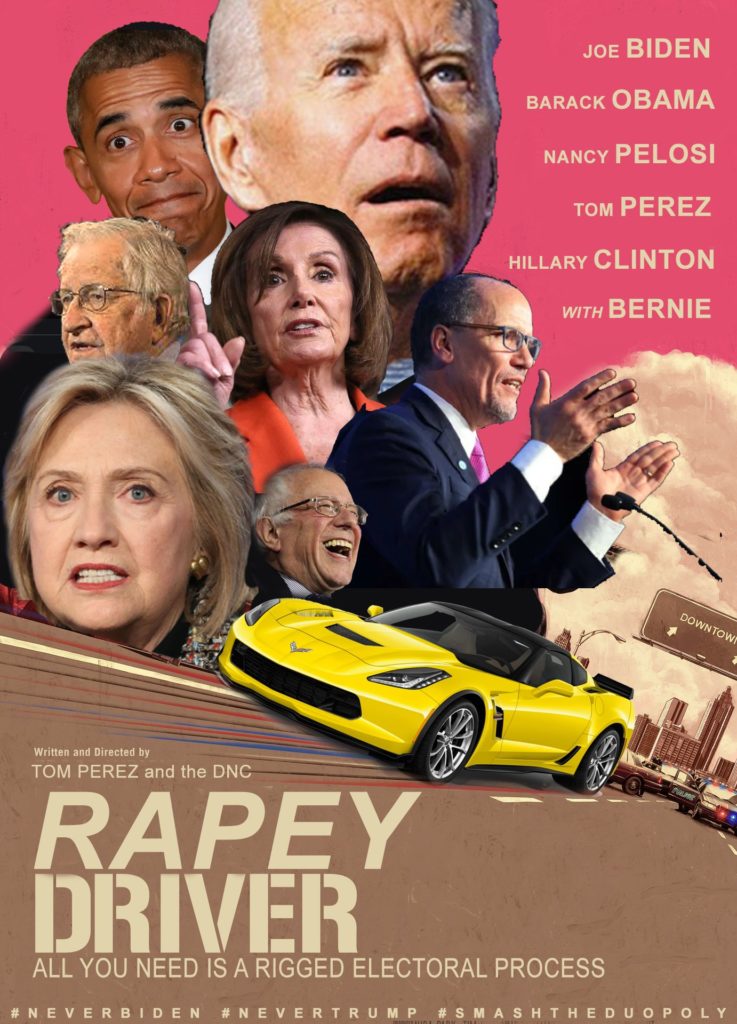 In 2020, Bernie seems to have thought they wouldn’t do it again.  But they did.  Guess what, Bernie.  It’s a private club, and you’re not in it.  First, the DNC launched the Russia! Russia! Russia! fake news, in part to drown the message that Bernie’s policies were better than Hillary’s policies. When Bernie bought into this bullshit, he undermined his own credibility. He lost a lot of the anti-war vote, including many of that 10% of voters who voted for Obama in 2012, but for Trump in 2016.

Then the DNC recruited and fielded an array of fake candidates.  These candidates each appealed to a different idpol branch of the Democratic coalition: Elizabeth Warren for the women, Juan Castro for the Latinos, Cory Booker for the African Americans, Joe Biden for the donors, down to intersectionalities like Kamala Harris and Amy Klobuchar.

Each of these, save Biden, initially faithlessly endorsed “Medicare for All” to peel votes away from Sanders. Then, as soon as Bernie made a show of strength in Nevada, all of these in unison (and therefore evidently on orders) threw their support to the most virulent, anti-M4A Nazi, Joe Biden. Perhaps 15% of Bernie’s 2016 voters were persuaded by these fake candidates.

Meanwhile, in an ill-advised attempt to hang on to these faithless PMC and idpol “supporters”, Bernie lost maybe another 15% of his 2016 support with a series of minor policy proposals that only detracted from the winning themes of Jobs and Medicare for All.

Making school loans dischargeable in bankruptcy would have been an effective campaign issue against Biden.  But Free College! is something that only appeals to Young Democrats, and other wannabe social climbers.  Most young people just want decent jobs. They think School Sucks! Don’t try to sell them meritocracy instead of democracy!  Similarly, Let Prisoners Vote! was not a strategic issue, but pointless pander. While these things should happen, they didn’t win Sanders many votes, but cost him a lot of senior votes.

In the end, though, there was probably nothing Bernie could have done against the Democratic National Committee.  It’s a private club, and he wasn’t in it. Bernie should have known.  He should have gone Green.  In the end, I guess he was just too old to get it.